One of many TV games produced by Binatone, the TV Master series were black & white systems supporting a number of inbuilt games (six in this case, namely squash, squash practice, football, tennis, target, shooting). Alongside the paddle controllers on display here (used to control the four 'pong' style games), the system also came with a lightgun for the shooting-based games. The switches on the left allow the players to control speed of play, the size of the bat, and the angle of bounce. The system could be mains powered, or via 6 x D cell batteries.
Binatone, 1977 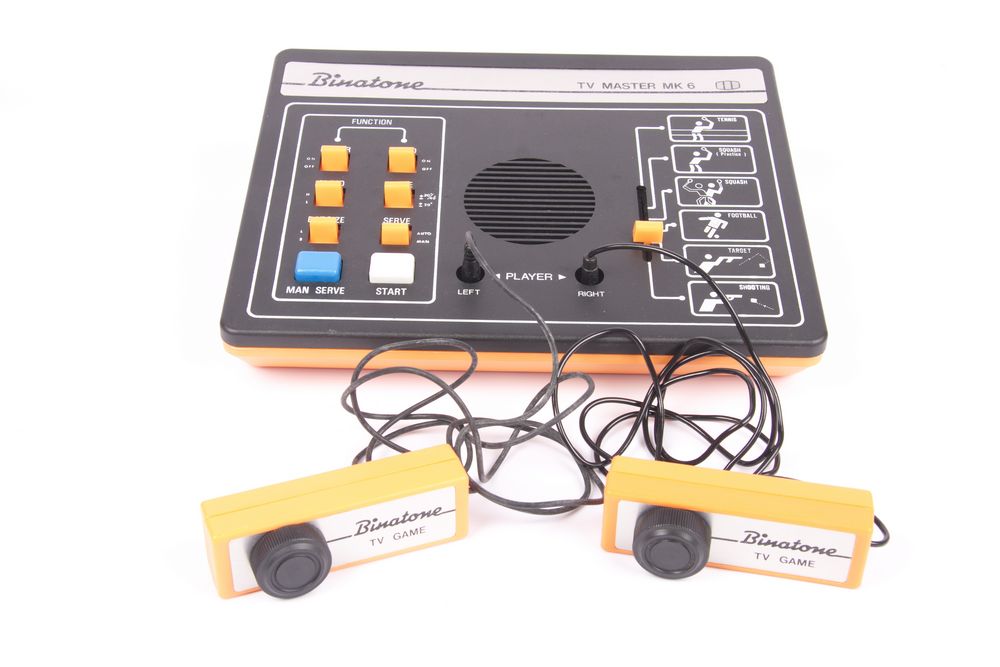 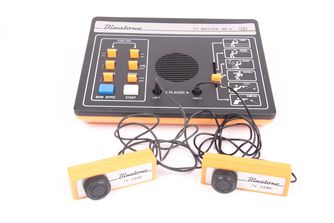 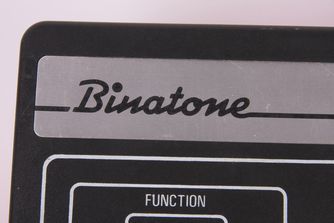 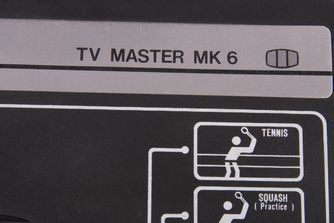