An update to the Spectrum that essentially took the 48K model and added a QL-style keyboard, enabling the Spectrum to at least in part escape the criticism that was often leveled at the 'dead flesh' feel of the rubber-keyed version (although in actual fact the feel of the keyboard was still very spongy, and still very unlike proper typewriter versions found on other systems). One point to note is that the keys themselves were not glued in place, and could be easily removed with a small amount of force. Consequently, visitors to shops such as WHSmith and Boots would often discover a Spectrum+ with its keys rearranged to spell out rude words. Aside from the change of appearance, the system remained identical to the original Spectrum and so the other curiosity of typing on it, the one-touch keyword entry, still remained.
Sinclair, 1984 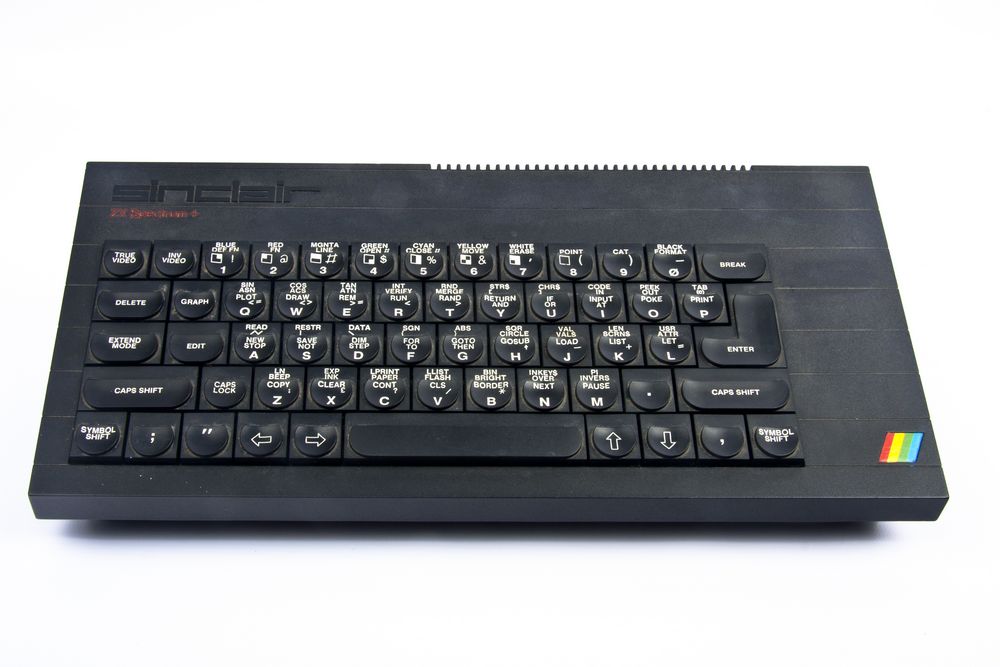 Front view of the ZX Spectrum+ 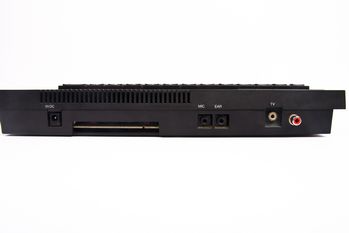 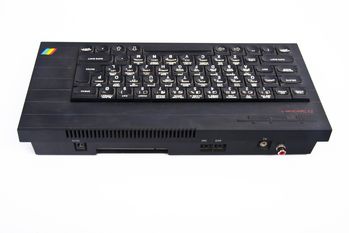 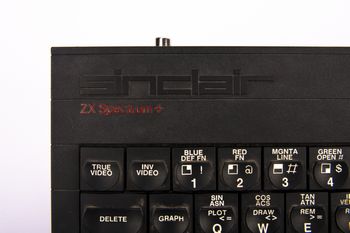 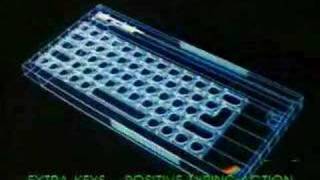