The last machine to bear the 'BBC Microcomputer' tag, the A3000 had 1MB of RAM and was powered by Acorn's own ARM2 processor running at 8MHz. The operating system was also Acorn's creation, RISC OS 2 (with the previous version having gone by the name of Arthur in the original Archimedes range). The styling of the A3000 was a departure from earlier Archimedes models, which had all come with separate keyboard and system unit. The new design was closely comparable to the casings used by the popular Amiga 500 and Atari ST computers; the A3000's most natural competitors in the marketplace.
Acorn, 1989 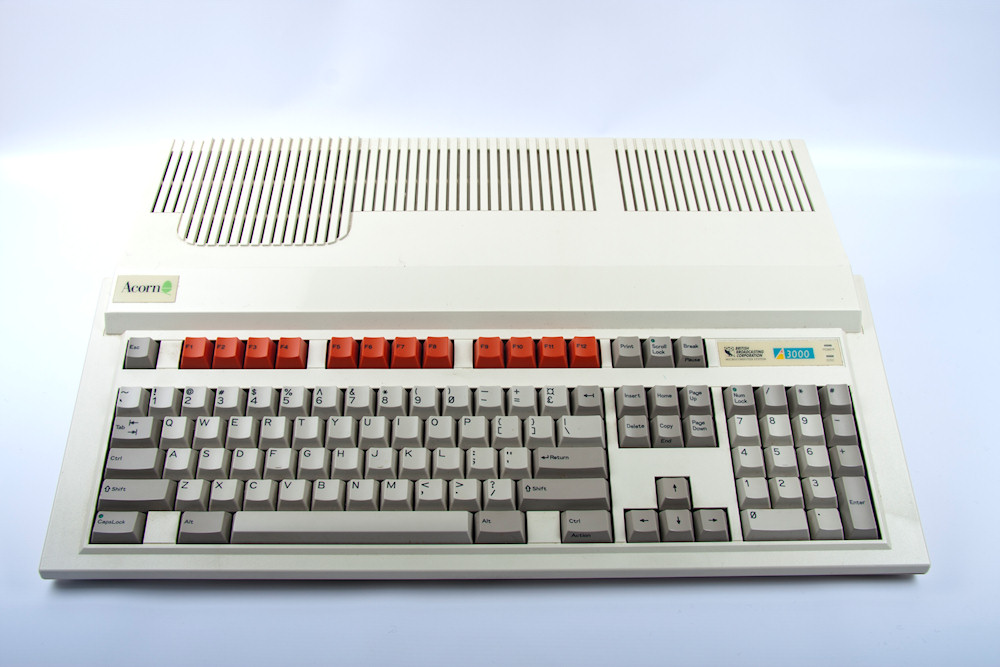 Front view of Acorn Archimedes A3000 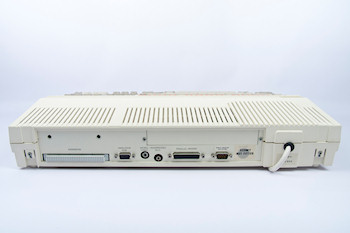 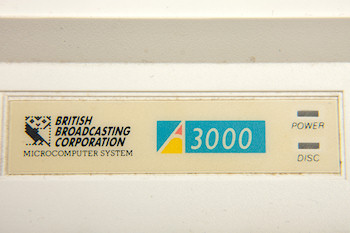 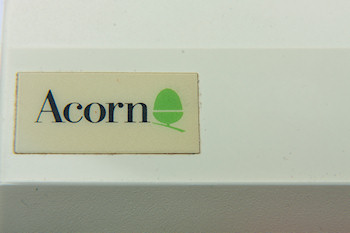 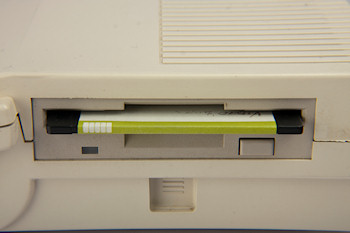 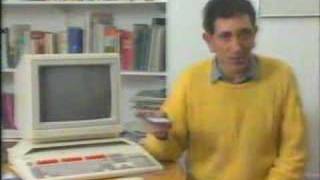 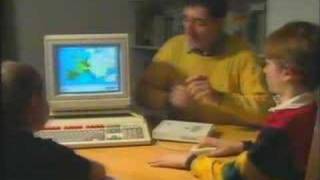