The 800XL is part of Atari's extensive family of 8-bit home computers, which began with the Atari 400 and 800 in 1979. The XL range essentially used the same technology (6502 processor alongside custom graphics and sound chips) as these earlier systems, but received a cosmetic overhall and, it the case of the 800XL, a RAM boost to 64K (the Atari 800 had 48K). A curiousity of the range, which also included the 16K 600XL, was an inbuilt self-diagnostic utility to perform on-screen tests of the memory, graphics and sound.
Atari, 1983 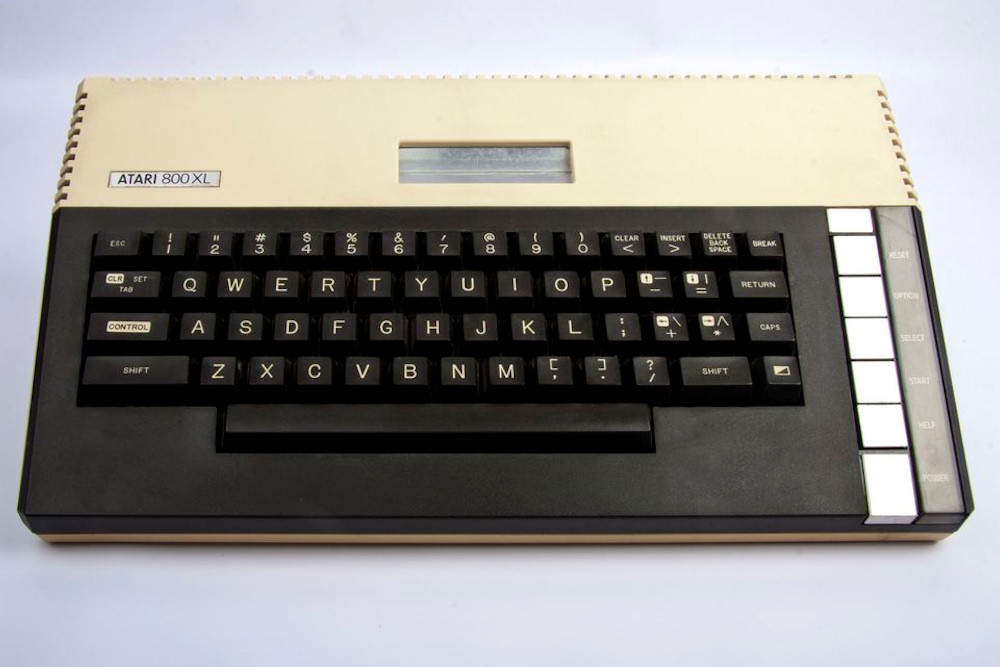 Front view of the Atari 800XL 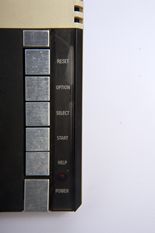 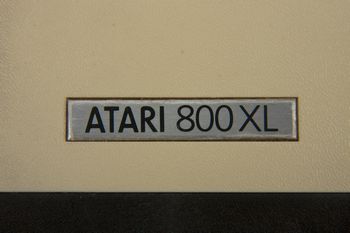