Another game inspired by Space Invaders, involving a fairly narrow column of invaders advancing down the screen. As with some versions of Space Invaders in the arcade, the screen is coloured so that the alien ships change colour as they move down. The game has a particularly loud beeper; guaranteed to annoy anyone not playing it!
Grandstand, 1980 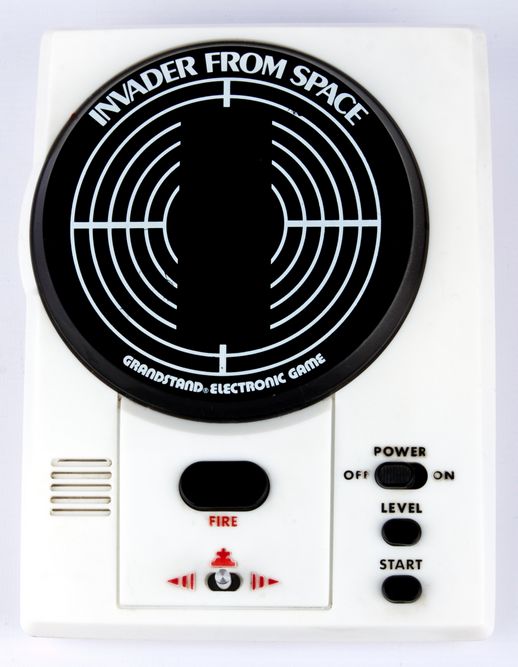