A hand-held electronic game for one or two players, this was the first of two games to be marketed using the name of footballer Kevin Keegan. The gameplay is rather rudimentary, with players and the ball both represented by LED stripes (the ball being lit a little more brightly!).
Grandstand, 1979 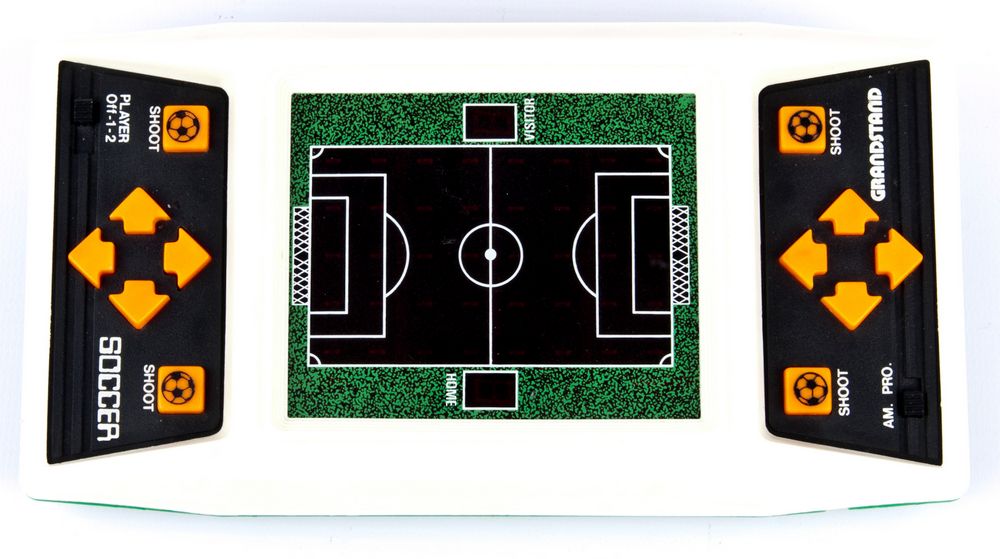