The PCW8512 was Amstrad's second machine aimed directly at home office and small business users, offering a fully integrated word processing solution. Like its predecessor, the PCW8256, the full system came complete with a dot matrix printer, as well as the Locoscript wordprocessing application. The Z80-based machine was also notable for running the CP/M+ operating system, and for continuing Amstrad's trend towards using the 3 inch disk format (in this case the top one is a single-sided, 40-track (180K) drive, the bottom is a double-sided, 80-track (720K) drive). Disks used in the top drive could be manually turned over to write on both sides (i.e. 360K in total).
Amstrad, 1986 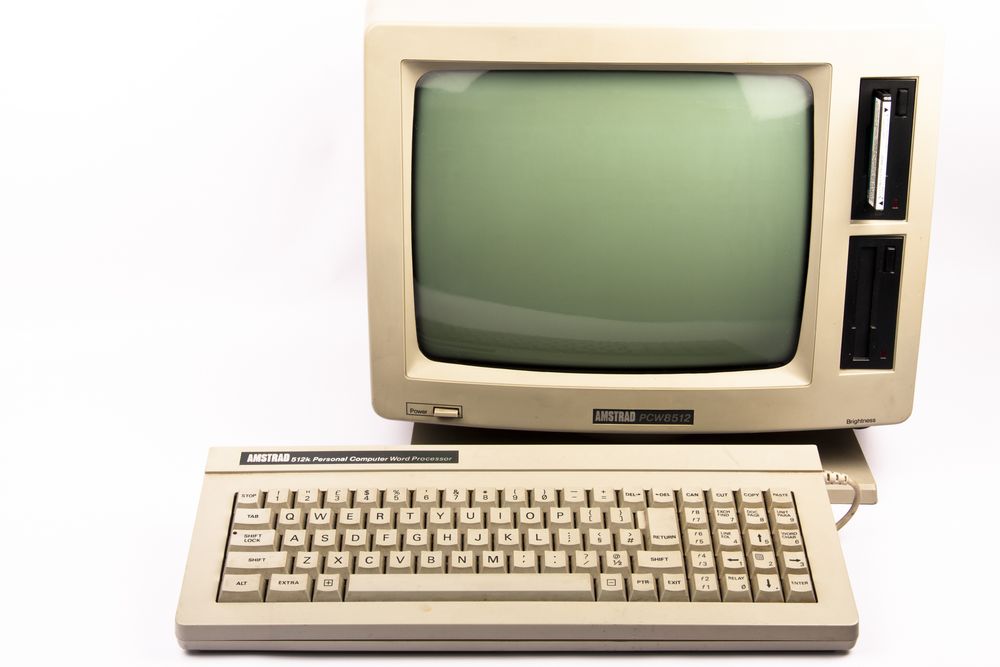 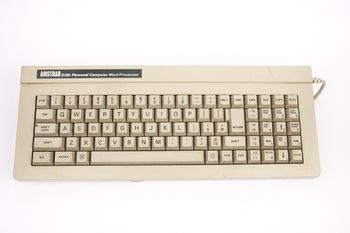