Snoopy is a Tabletop and Panorama Game & Watch video game released in June of 1983 by Nintendo (the version on display here is the panorama edition). In both games, you're required to hit the musical notes when they arrive in the appropriate position. Nintendo released a number of titles in this format which utilised an LCD (rather than the traditional LED) screen which allowed the use of compact watch batteries and higher screen detail.
Nintendo, 1983 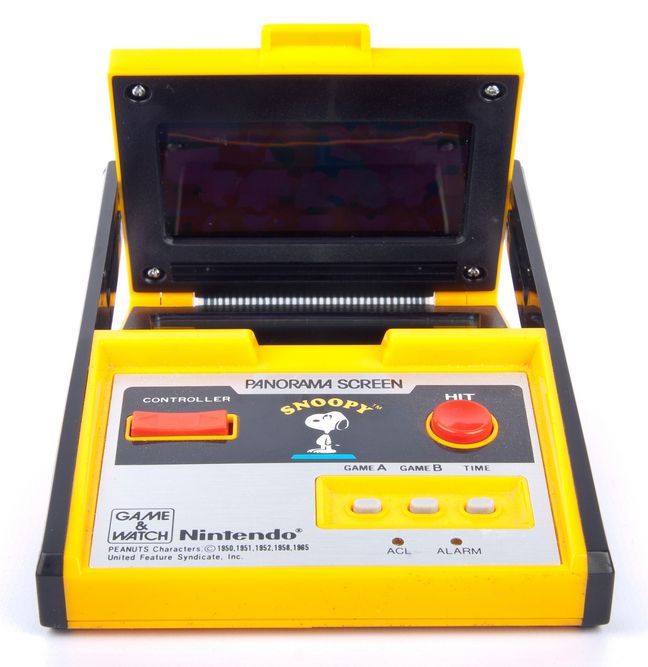