One of the first examples of the type of device that would later become known as a PDA, the AgendA was equipped with 32K RAM, a 4-line LCD display, a series of built-in applications (wordprocessor, database, calculator, to-do list, organiser, and alarm), and programming language called ABC (a Pascal/BASIC hybrid). In addition to the conventional keyboard, the 5 keys on the top right of the device allow an alternative, one-handed input mechanism termed chording (on the basis that it allows entry of different characters by pressing key combinations like chords on a piano); a method dating back to the original Microwriter device from the early 80s. The AgendA was the recipient of the 1990 British Design Award.
Microwriter Ltd, 1989 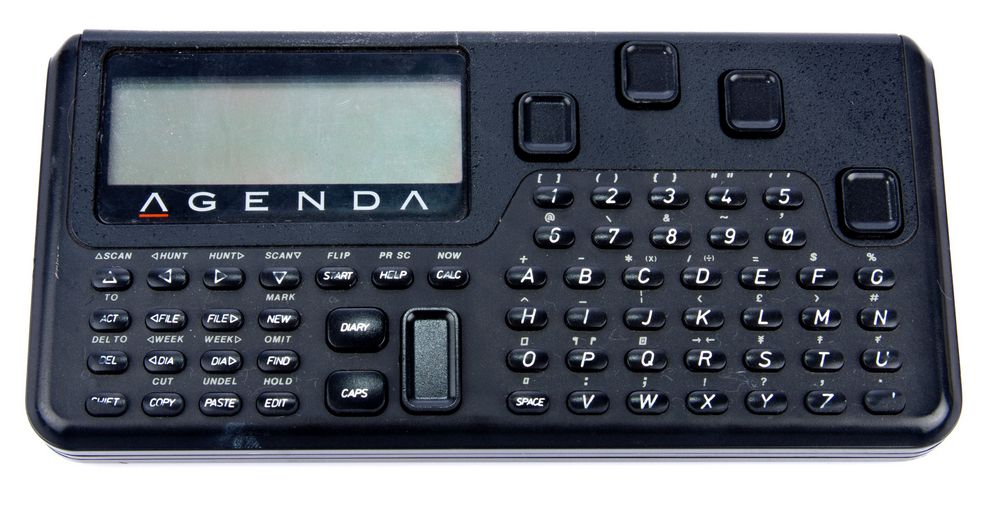 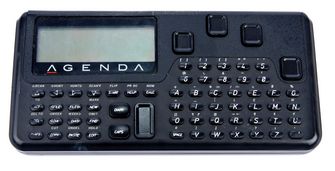 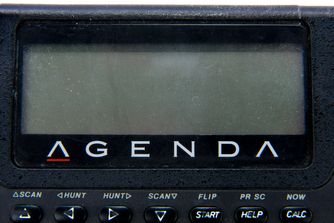