AIBO (Artificial Intelligence roBOt, homonymous with "pal" in Japanese) was a robotic dog developed and manufactured by Sony. The first model was introduction in 1999, after which 12 more models were released. AIBO was discontinued in 2006. The model on display, the ERS-210A, was released in 2002.

The ERS-210A has a camera, microphones, an infrared distance sensor, temperature, vibration, acceleration, touch and pressure sensors. It houses a 64-bit RISC processor with 32Mb of memory.

AIBO responded to and learned from external stimuli provided by the environment or the user. The ERS-210 was the first model to respond to voice commands. Many users used the "Life" software, provided on separate memory stick, to raise their AIBO from pup to adult. The ball, pink to be easily picked out against cluttered backgrounds, could be chased by AIBO.
Sony, 2002 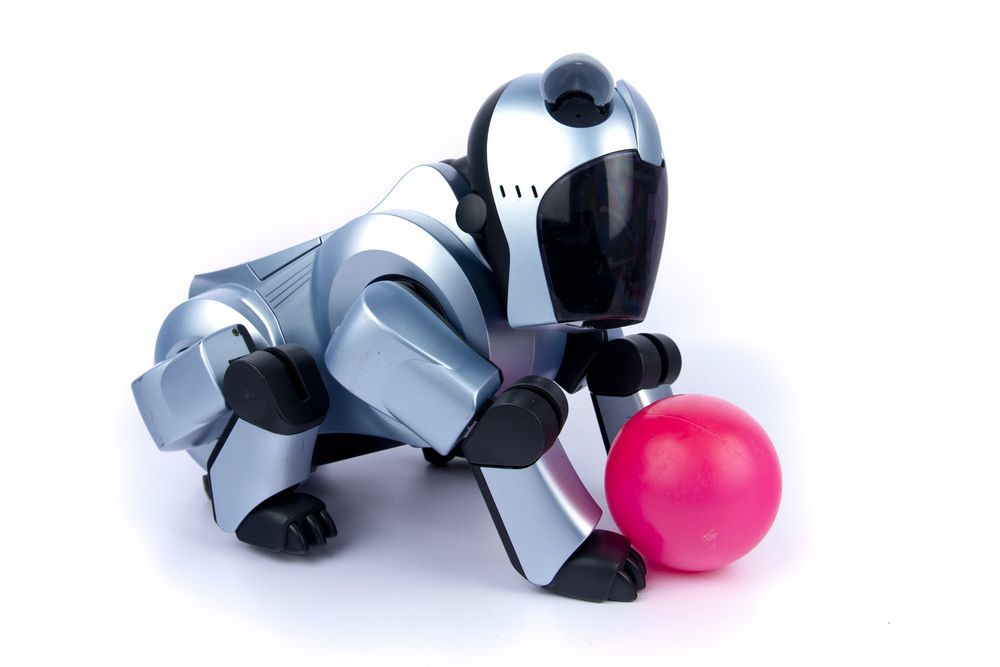 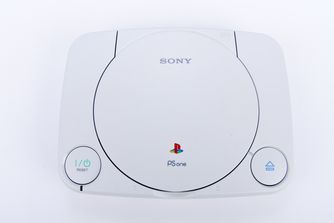