A Tandy-badged version of Gakken's Galaxy Invader 2000, which many will also have known as the CGL-badged Galaxy Invader 10000. The explanation is that many handheld games got licenced and rebadged by other companies, sometimes with casing and colour changes (in this particular case, the shape and colour was consistent between all the versions of the game). The object of the game continued to be to shoot the invaders marching down the screen. Reaching 10,000 points would win the game . . . presenting a rather more substantial challenge than the original Galaxy Invader.
Tandy, 1984 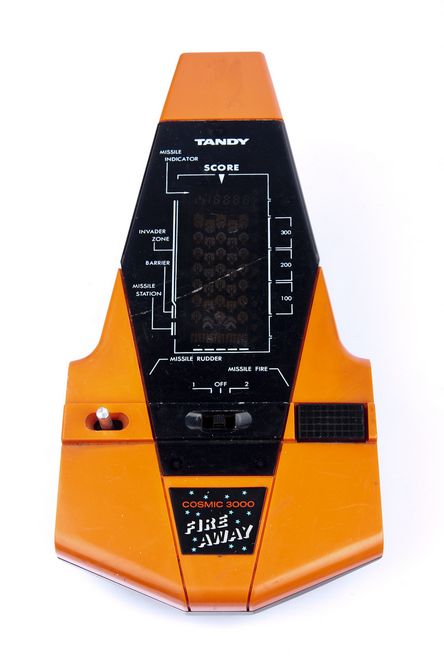 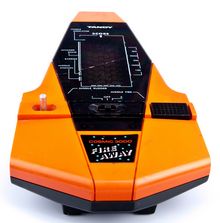 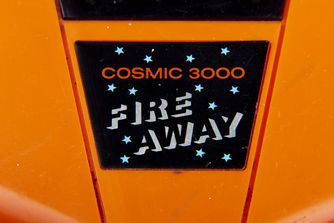