The first computer in the iMac range, marking a dramatic change in direction of the Macintosh product line following Steve Jobs return to the company in 1997. The system used a PowerPC G3 chip, with the original model running at 233MHz and shipping with 32MB RAM. One of the obvious distinguishing features of the system was its appearance. Originally released with a 'bondi blue' casing, the G3 was ultimately available in 13 different colours (the one displayed here is an original 'bondi blue' model). From a technical perspective the system was also forward-looking, with the notable abandonment of floppy disk storage (still very much a standard feature on other machines of the era), the exclusive inclusion of USB ports (i.e. abandoning older style ports), and an internal modem as standard. The original iMac had a tray-loading CD drive, whereas this later one has a slot-loading mechanism more akin to the models still sold today.
Apple, 1998 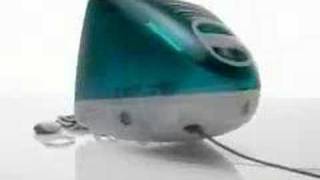 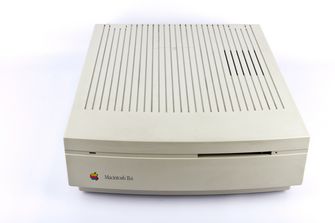