While 1984's original Psion Organiser had delivered a usable pocket computer, it was the Organiser II that set the standard for what would become known as Personal Digital Assistant devices. The Organiser II was released in three main guises - CM (8K), XP (16K) and LZ (32K). The LCD display on this XP model allows 2 lines of 16 characters (itself an upgrade from the single line offered by the Organiser I). The display on the CM was the same, but the LZ had a larger offering of 4 lines of 20 characters. Information was stored on EEPROM-based or battery-backed DATAPAKs, which slot into the back of the device and stored between 8K and 128K. In addition to allowing diary and address book functionality, programs could be written using OPL (Organiser Programming Language).
Psion, 1986 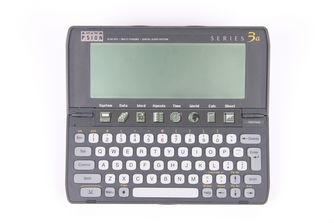 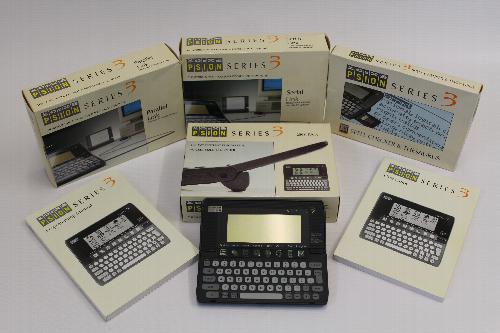