Perhaps notable for being the only Pac-Man game that was less like the arcade original than Munchman was! Mini-Munchman was a pocket-sized game with a monochromatic LCD display, which also doubled as a clock and alarm (clearly aping the defining characteristic of Nintendo's popular Game & Watch series). As for the game, there were ghosts and a maze, but this is arguably where many of the similarities with the original Pac-Man came to an end (even the dots were now replaced by a collection of fruit). Nonetheless, it was very popular and made for a reasonable little game in its own right, not least because of the portability and battery life compared to its bigger brethren.
CGL, 1981 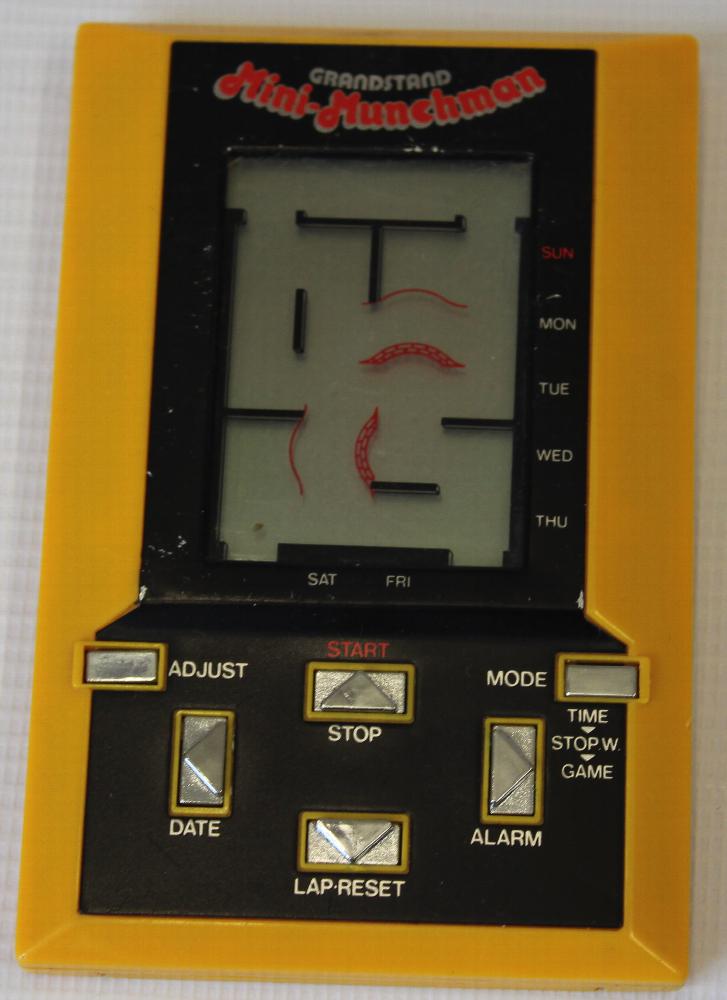