A tabletop game that aims to be at least a little similar to the classic arcade game of the same name. The main similarly is that it is a sideways scrolling game in which you have to shoot and bomb things without losing lives. The differences are pretty much everything else. However, it was nonetheless a good game, offering very effective gameplay within the limits of the technology. In terms of appearance, the use of a silver casing at least somewhat reminiscent of the highly popular Astro Wars, was probably no accident.
Grandstand, 1982 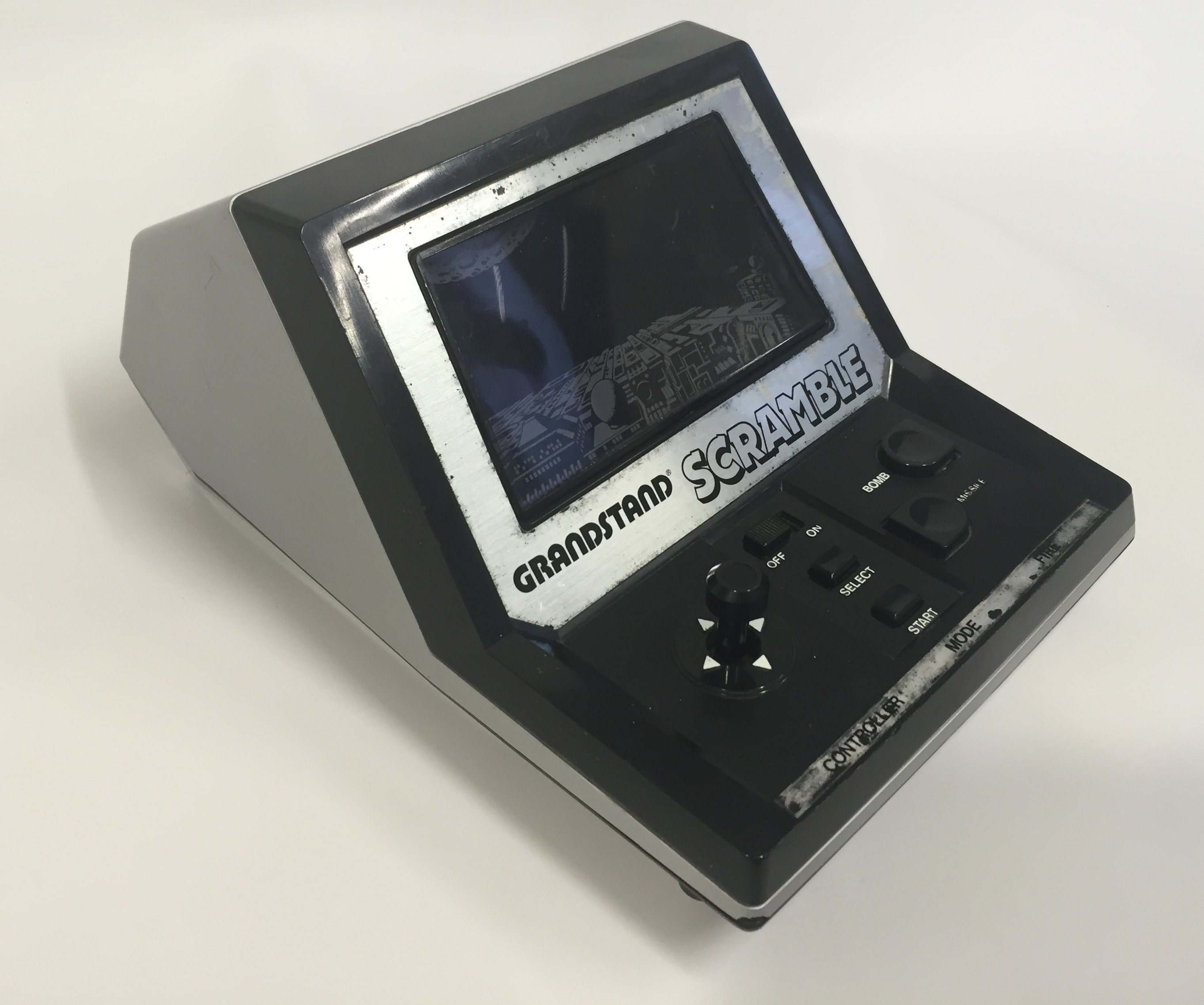