One of many tabletop chess computers released by Fidelity Electronics in the late 1970s and early 1980s. This one was the first to distinguish itself by being able to speak the moves that the player entered and which the computer itself it wished to make. Other models included 'sensory' features, meaning that the player could press a piece onto the board to indicate the start and end positions of the move rather than having to enter the rank and file references manually. The later Voice Sensory Chess Challenger combined both of these selling points into one device. . . and luckily retained the option to turn off the voice for anyone who tired of its robotic tones.
Fidelity Electronics, 1979 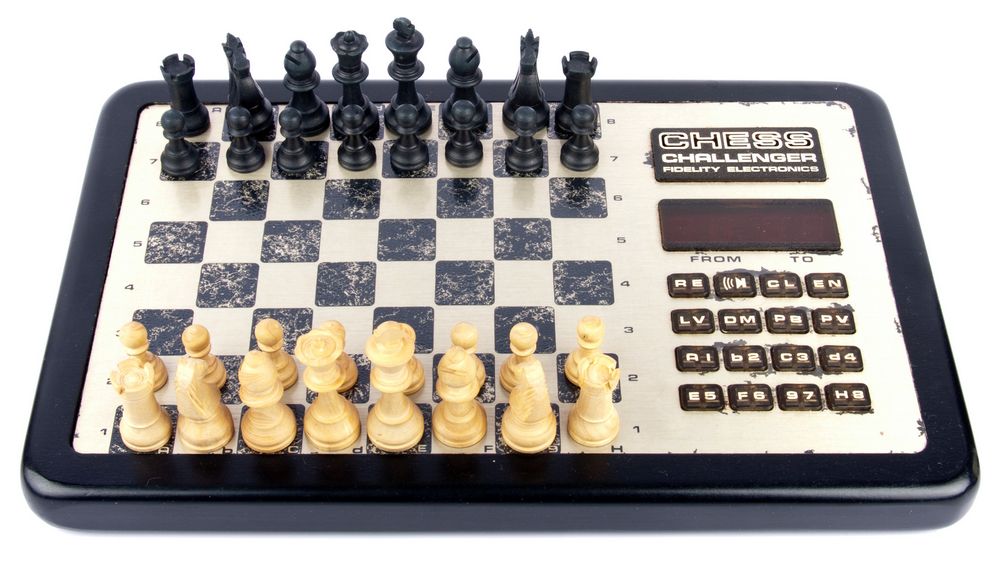