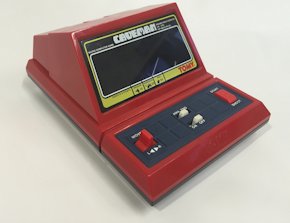 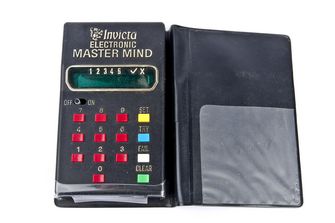 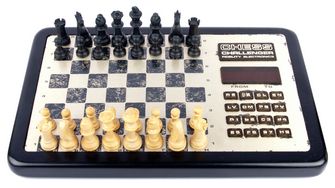 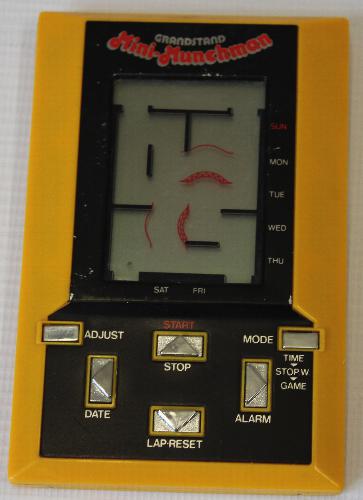 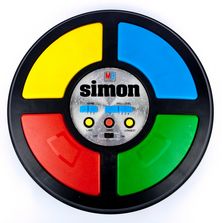 One of many handheld games arising from the arcade hit Space Invaders. This particular model represents one of the closer parallels to the arcade version, with rows of advancing invaders and a bonus points for the flyer saucer! (read more)Entex, 1980 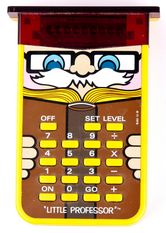