When considering the video game consoles of the late 1970s, the Intellivision (a name derived from Intelligent television) was arguably the Rolls-Royce to Atari's Ford, with technically superior graphics and sound capabilities. As can be seen here, the system had a notably different style of controller, offering a 16-position directional pad rather than the 8-way joystick of Atari, accompanied by a full numeric keypad (over which plastic overlays were used to present the controls for each game). However, technical superiority did not equate to market share, and while it still did a very respectable job (selling over 3m units), the Atari easily beat it in terms of sales (30+ million), the cartridge catalogue, and overall longevity. 1982 saw the release of a lesser-known Intellivision II, and an Intellivision III was planned but abandoned before launch.
Mattel, 1979 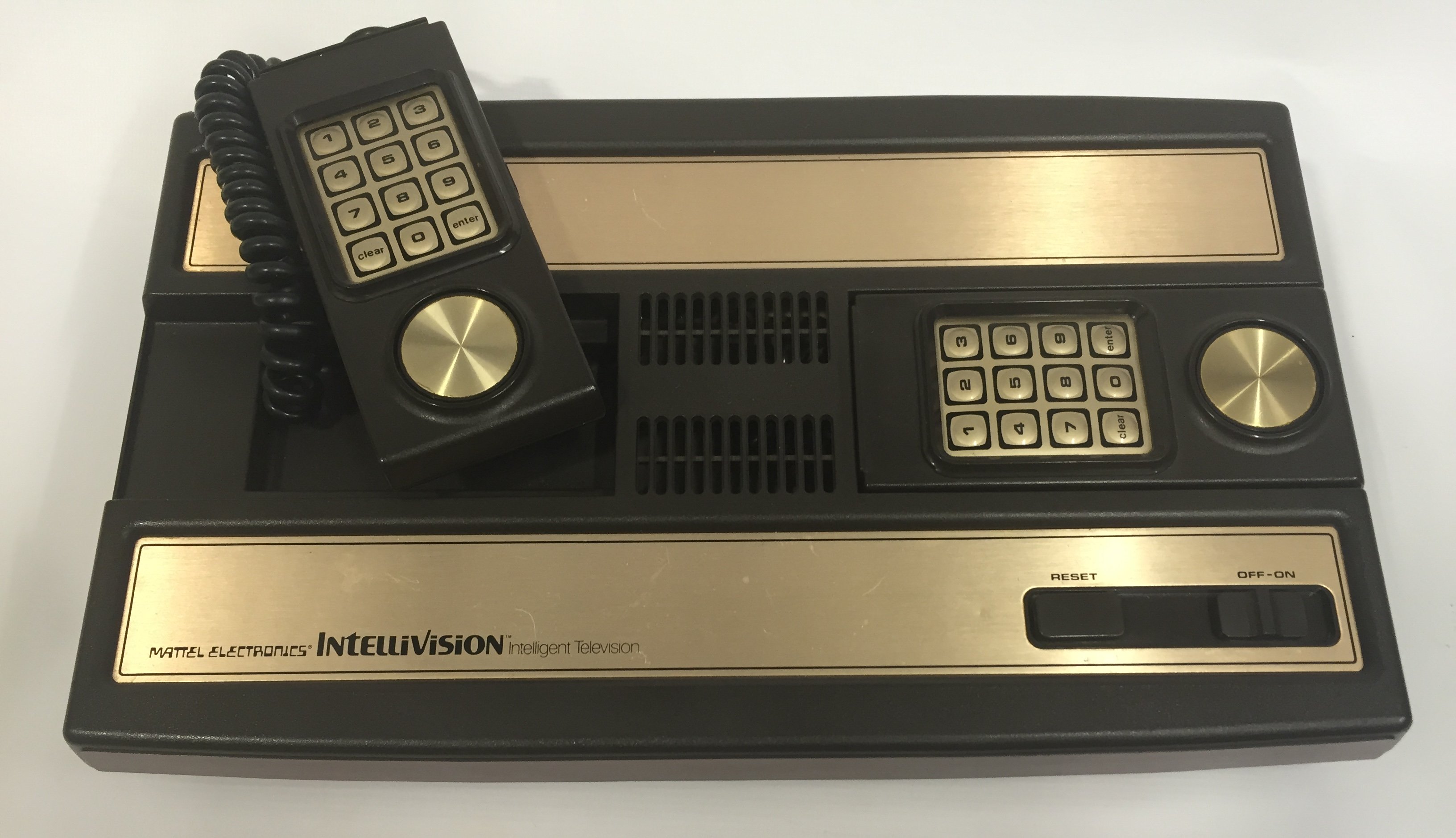