A game in which you play the role of a caveman, attempting to steal eggs from a dinosaur, without getting caught by the dinosaur itself, attacked by a pterodactyl, or hit by rocks from an erupting volcano! The multi-coloured Vacuum Fluorescent Display (VFD) presented some of the better graphics of its era, and the game was one of several that Tomy released in this type of casing (other examples being Astro Blaster, Lupin, and Tron). Caveman came in the (cheap-looking) red case shown here or the (more attractive) gold/brown version.
Tomy, 1982 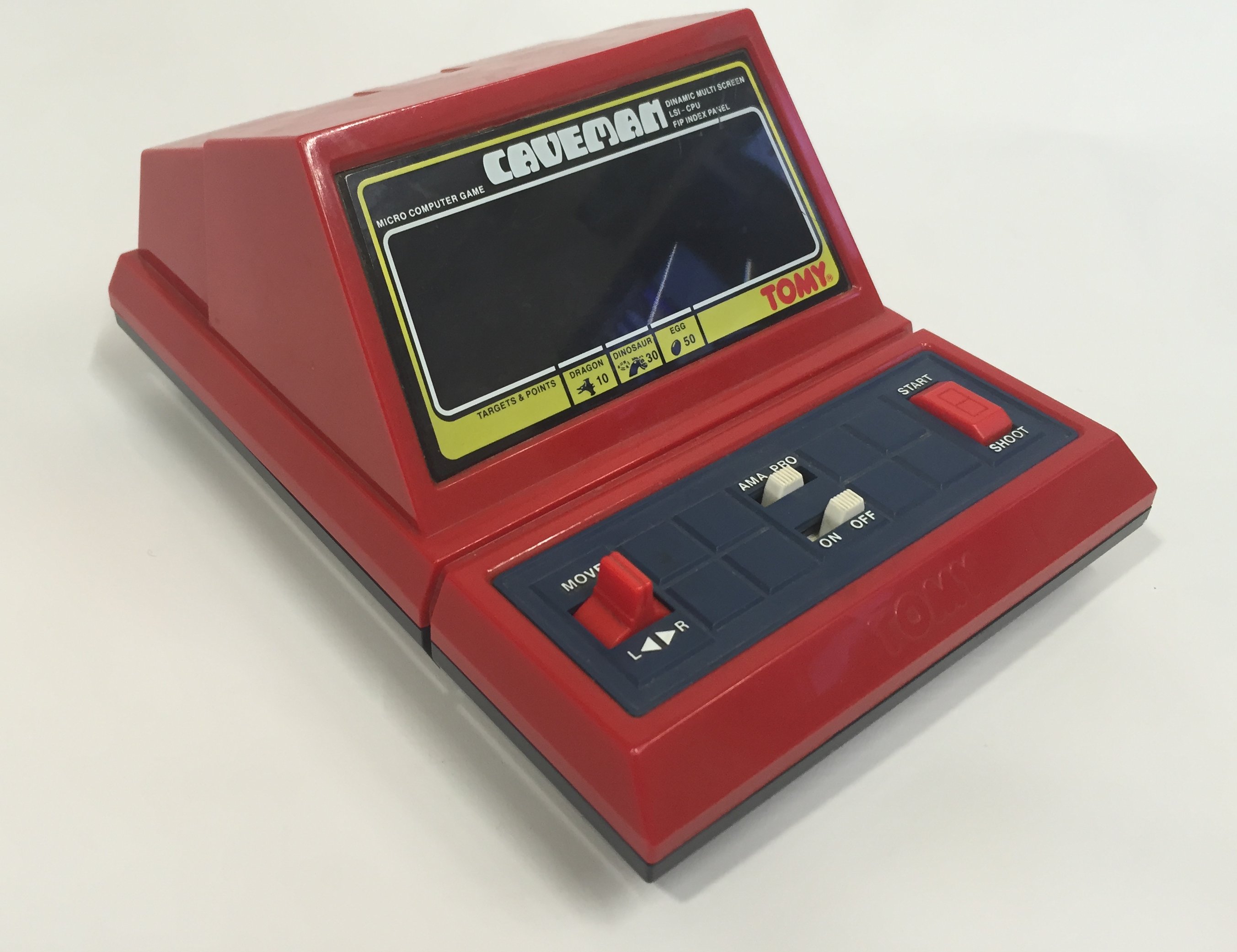